Six members of the Maternal Sheep Group are focussing on Blackface sheep and our ewes represent over 80% of the performance recorded ewes.

The group’s aim is to breed an efficient ewe that will lamb outdoors and be capable of rearing lambs while utilising grazing of variable quality. Similar to the Easy Care breeders, they also select for ease of lambing, twinning rate, lively lambs that are quick to suckle, good maternal instinct and healthy feet. The rams have been selected for fertility and work rate and can be run with a high number of ewes.

Bobby runs around 1,100 Blackface ewes on a wet hill farm that runs from 25 feet to 2,250 feet above sea level. He has been performance recording for over 30 years but selecting for easier management traits for over 40 years. He initially focused on improving carcase weight, then carcase shape and is now selecting for maternal traits while ensuring muscle depth and growth rates are maintained or improved.

Rams are available to purchase off farm and will tend to be in the top 5% of the breed.

Bobby and his family are one of the new Scottish Enterprise’s Agri-tourism monitor farm.

Ian, with his shepherd Mark Armstrong, runs around 600 Blackface ewes on a hill farm that runs from 350 feet to 2,400 feet above sea level. They performance record around 200 of the ewes and aim to identify the sheep that ‘do’ best at Wester Tullich with particular emphasis on good mothers and lambs that thrive from birth. They are also focussing on ensuring a good health status.

Twelve cows are also on the hill farm.

SRUC’s experimental farm in the Pentlands has 700 Blackface ewes, which have been performance recorded for over 20 years. A recent focus for the flock is resilience to internal parasites. Currently no breeding stock is available for sale.

A flock of 1,150 performance recorded Blackface ewes are run at the government owned Glenwherry Hill Farm. The farm runs between 600 ft and 1400 ft, and the land types vary from in-bye to unimproved grassland to heather moorland. Currently no breeding stock is available for sale.

Peter and his brother Bob farm 1,800 acres in Glen Esk, their land that runs from 300 ft to 2,000 ft with around 30 inches of rainfall per year. Over 50% of the land is heather hill. In the in-bye area, they drill around 25 acres of reseeds each year and around 70 acres of cereals to feed to their cattle.

They run 550 Blackface ewes with a proportion of purebred recorded ewes. All the ewes are lambed outdoors. Peter is focussing on improving maternal traits and is aiming to reduce lambing assistance. He sells rams each year and is also willing to sell females.

They also farm 100 suckler cows and take the cattle through to finish and buy in approximately 30 stores per year.

Kirkton and Auchtertyre Farms are part of SRUC’s Hill and Mountain Research Centre. There are run as one unit as a mixed hill beef and sheep farm with 2,225 ha of mainly hill land that runs to 3,300 ft and receives 100 inches of rainfall.

The ewes are all part of a research flock, so the recorded Blackfaces are split into two groups with one group focused on high index animals and the second being a control group, so aiming for average index. They are also exposed to two different management, which is either hill or hill park systems. The Lleyns are selected just on index. 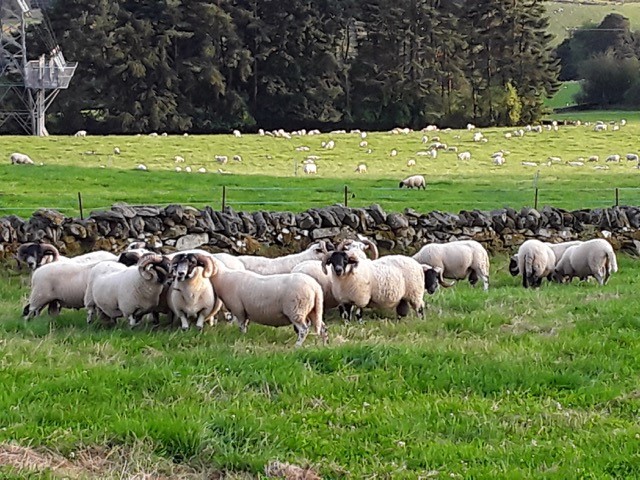 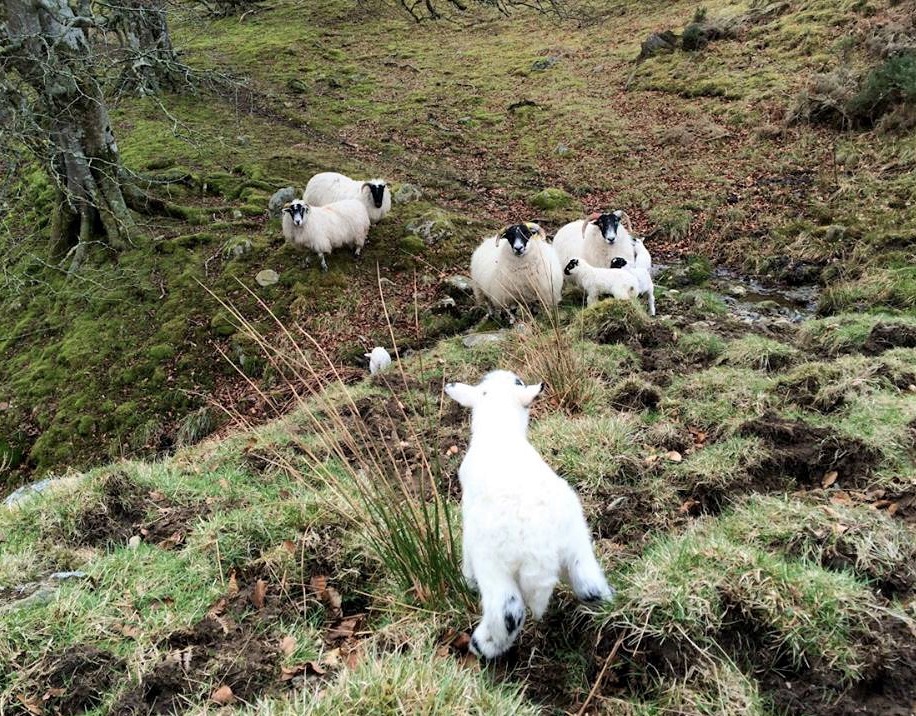